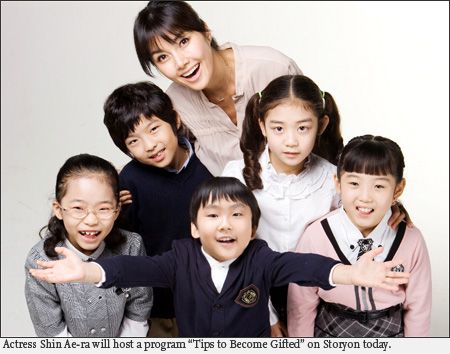 Today is the day that kids can have their own way in just about anything. To celebrate Children's Day, television broadcasters and cables channels have prepared a lineup of fun and interesting programs.

Children these days may be used to listening to K-pop songs by their favorite bands and singers, but how about tuning in to original music for children for a change?

MBC's "MBC Creative Dong-yo Contest" has been a favorite among songwriters and fans, and the show is still running, celebrating its 20th anniversary. In line with Children's Day, the show will be aired live at 5 p.m. with Shin-dong from boy band Super Junior and IU as the hosts. It will also be broadcasted on radio at 91.9 and 95.9 Mhz.

KBS is airing a special version of its program "Emergency Escape No. 1", adapted for children. The original show deals with ways to avoid emergencies and what to do when confronting one. On Children's Day, the program will focus on possible accidents involving children and guide both youngsters and parents on how to avoid and deal with crisis situations. The show airs at 11 a.m. on KBS2.

Tune into SBS for some action and sports, as the network is planning to air the popular Korean film "Take Off" (2009).

Nickelodeon Korea is broadcasting some of its most popular cartoons "Spongebob Squarepants" at 3 p.m. and "Timmy Turner from the Fairly Odd Parents" at 7 p.m.

Tooniverse will air "Case Closed" (2002) a famous manga-turned film also known as "Detective Conan", for the first time on television. The film revolves around a detective, Conan, who is trapped in a child's body, and how he conducts C.S.I. series-like investigations on six different murder cases in Tokyo. The film will air at 9 a.m.

Meanwhile, Storyon will present the five episodes of its popular program "Tips to Become Gifted" from 11 a.m. to 4 p.m. Join actress and celebrity mom Shin Ae-ra as she follows five children and their mothers and evaluates their habits and study methods with experts.