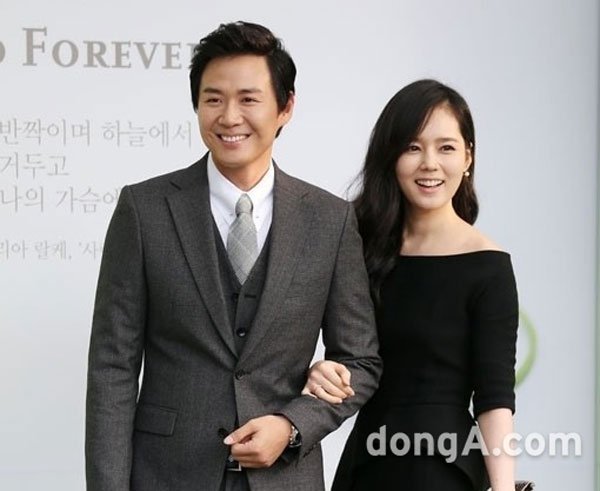 "Han gave birth to a son, and both the mother and the baby are healthy", Han's management agency said in a press release.

Yeon's management agency said he is "delighted" by the birth while helping Han recover from the delivery.

The two became romantically involved after they co-starred in a TV soap in 2003. They got married in 2005 and had their first daughter in 2016.

"Celebrity Couple Han Ga-in, Yeon Jung-hoon Have 2nd Child"
by HanCinema is licensed under a Creative Commons Attribution-Share Alike 3.0 Unported License.
Based on a work from this source