[Celebrity News Station] Writer Kim Yeong-hyeon of "Queen Seon-deok", "I am not a thief" 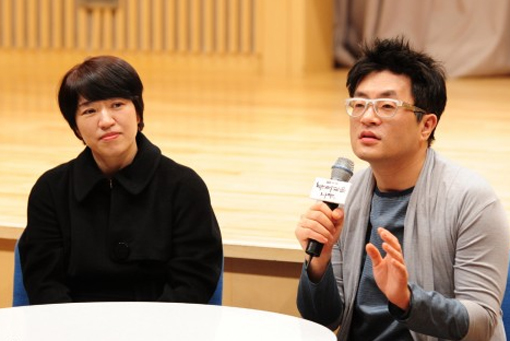 Writers Kim Yeong-hyeon and Park Sang-yeon gave an explanation about the case of MBC drama "Queen Seon-deok" being judged that it plagiarized the creative musical "Sun-deok of Beautiful Land Korea".

Kim Yeong-hyeon who wrote "Queen Seon-deok" said, "This is unacceptable and I will appeal to the Supreme Court. When this issue first came out in 2010, I looked for the musical script but couldn't find it anywhere. I finally laid my hands on it but I had never seen in before. How would I feel about being called a thief?"

Writer Park Sang-yeon said, "Where will the characters and the creativity of the story we wrote be protected by? I wait for a wise judgment from the court for the sake of impaired reputation and the standard of plagiarism".

Previously, the Seoul High Court overturned the verdict in the case where Kim Ji-yeng from Great Wicks sued Kim Yeong-hyeon and Park Sang-yeon for plagiarizing the musical "Sun-deok of Beautiful Land Korea".

"[Celebrity News Station] Writer Kim Yeong-hyeon of "Queen Seon-deok", "I am not a thief""
by HanCinema is licensed under a Creative Commons Attribution-Share Alike 3.0 Unported License.
Based on a work from this source