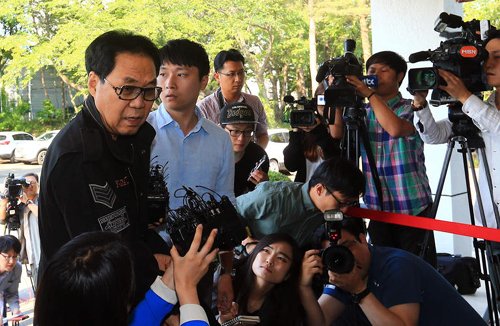 Singer-turned-artist Cho Young-nam appeared at the Chuncheon District Prosecutors' Office on Friday for questioning about charges that he painted none of the pictures he sold.

Cho is suspected of farming out his paintings to several professionals and selling them under his own name for a huge markup.

Prosecutors say they have ample evidence that Cho claimed to have painted them himself, which would open the way for fraud charges.

"Celebrity Painter Questioned Over Outsourcing Work"
by HanCinema is licensed under a Creative Commons Attribution-Share Alike 3.0 Unported License.
Based on a work from this source