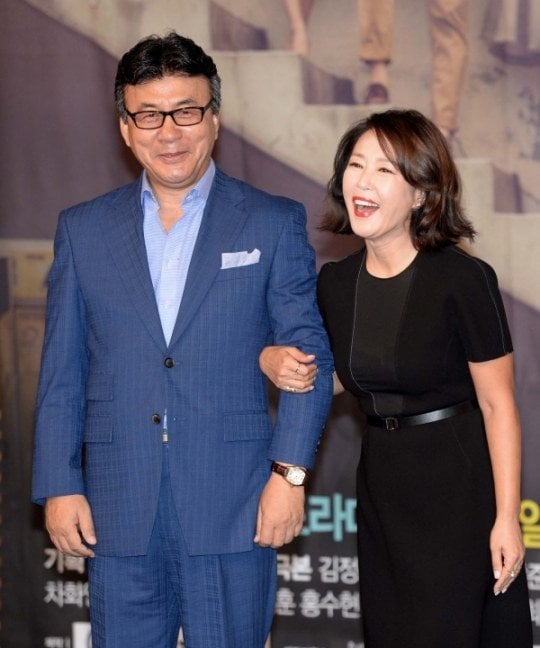 Actor Park Young-gyu and actress Cha Hwa-yeon attended the premiere of a new MBC drama called "Mom" on the 31st.

They will be involved romantically in this drama.

Cha Hwa-yeon plays Yoon Jeong-ae, a bold mother of four who raised them on her own. Cha Hwa-yeon said, "My character raised her kids since a young age. She's very devotional when it comes to her children but she's smart and a very active one".

She's going to be involved romantically with Park Young-gyu. This is her second middle-aged romance and said, "middle-aged people want romance too".

When someone asked her to compare herself to Go Doo-shim who was starring in another drama around the same time, she said, "Comparing myself to Go Doo-shim is unthinkable. All actors and actresses have different colors so if I do my best that would be the only comparison".

Cha Hwa-yeon's "Mom" is a revenge story about a mother who teaches her selfish children a lesson.

"Cha Hwa-yeon to star in middle-aged romance with Park Young-gyu"
by HanCinema is licensed under a Creative Commons Attribution-Share Alike 3.0 Unported License.
Based on a work from this source