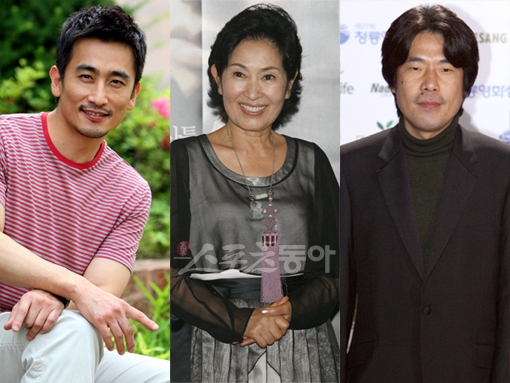 Actors and actresses to start sitcoms next year

The keyword for 2012 sitcoms is 'reverse casting'.

Sitcoms next year have recruited casts out of the usual expectations. Including Oh Dal-soo, Cha In-pyo and Kim Hye-ja, many of them have never been in sitcoms before and the plans is to bring forward 'reversal fun'.

Known as the master of comic acting, Oh Dal-soo has the lead role of SBS sitcom "Salamander Guru and the Gang" coming next year. It's about two thieves and Im Won-hee is being talked about as the his opposing partner.

This is also the first time since 2009 that Oh Dal-soo is appearing on home screens. He is about to show his comedy acting he's shown in movies so far through sitcoms.

Cha In-pyo, who is known for his gentleman-like atmosphere will try out sitcoms next year through KBS 2TV "I Need a Fairy". The production team is looking forward to his performance. He has done very serious and heavy mood acts in "Daemul - Big Thing" and "Gyebaek" recently, so his breaking down in the sitcom should be a taste of difference. His opposing partners are actresses Kim Hye-jin and Hwang Woo Seul-hye.

"Cha In-pyo, Kim Hye-ja and Oh Dal-soo in sitcoms?"
by HanCinema is licensed under a Creative Commons Attribution-Share Alike 3.0 Unported License.
Based on a work from this source