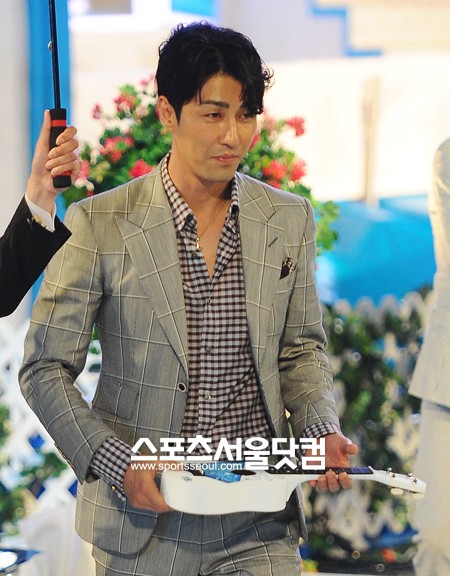 Actor Cha Seung-won (41) has been chosen as the best body beating younger actors in their 20's.

The Mnet 20's Choice Awards was held on the 7th at the Walker Hill Hotel outdoor poolside River Park. In the falling rain, many stars made appearances and heated up the atmosphere.

Dok Go-jin from "The Greatest Love" was also there. As the fans wouldn't stop screaming, he said, "Be quiet so I can talk" in the Dok Go-jin way. That was fan service by a witty actor.

"Cha Seung-won 20's Choice 'Hottest Six Pack'"
by HanCinema is licensed under a Creative Commons Attribution-Share Alike 3.0 Unported License.
Based on a work from this source