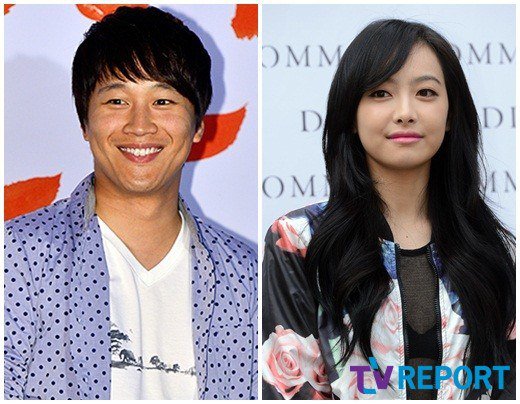 The follow up to "My Sassy Girl" will be cranking it up in Busan at the end of September.

Cha Tae-hyun and Jun Ji-hyun's "My Sassy Girl" not only made a big hit in Korea, but in Japan, China and other South East Asian countries as well, which is now bringing out the "Sassy Girl Syndrome". The second version of the movie stars Cha Tae-hyun as Gun-woo as usual and f(x) Victoria as the 'Sassy Girl'.

"My New Sassy Girl" is about Gun-woo who can't forget about his dear love meeting destined love for the second time and getting married despite family opposition. However, what awaits him is unimaginable marriage life that no man would ever want. Victoria plays the Sassy Girl and was on top of the list for casting.

"My New Sassy Girl" is directed by Jo Geun-sik and will be released in Korea and China in May.

"Cha Tae-hyun and Victoria to start filming "My New Sassy Girl" this month"
by HanCinema is licensed under a Creative Commons Attribution-Share Alike 3.0 Unported License.
Based on a work from this source