Cha Tae-hyun as a producer in "Producers" 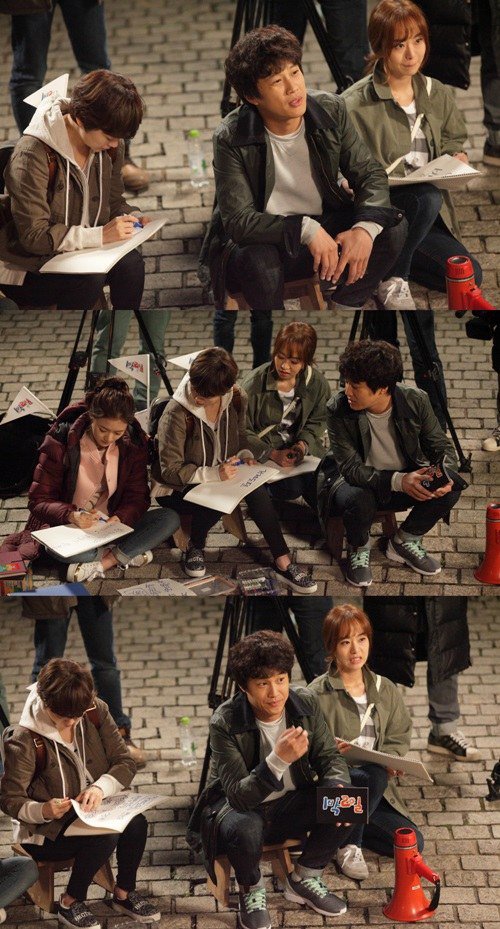 Stills of Cha Tae-hyun as the producer of KBS "1 Night 2 Days" in the new KBS 2TV drama "Producers" were uploaded online.

Cha Tae-hyun's role of Ra Joon-mo is known as the 'Pele' of entertainment.

Ra Joon-mo resembled the "1 Night 2 Days" producer every now and then. The way he sat in his foldable chair and giving out orders made him look like a veteran.

Ra Joon-mo is filming the opening session of "1 Night 2 Days" with a top actress but something must've happened as he seems quite surprised by something. Cha Tae-hyun's role of Ra Joon-mo represents the daily lives of producers every day who are pressured by top stars.

Apparently, Cha Tae-hyun became the perfect entertainment producer and his wit bursting out here and there made everyone burst out laughing.

Meanwhile, entertainment drama "Producers" brings together the key points of the entertainment department and is written by Park Ji-eun. Under the orders or producer Seo Soo-min-I, the drama can be seen on the 8th of May at 9:15PM.

"Cha Tae-hyun as a producer in "Producers""
by HanCinema is licensed under a Creative Commons Attribution-Share Alike 3.0 Unported License.
Based on a work from this source