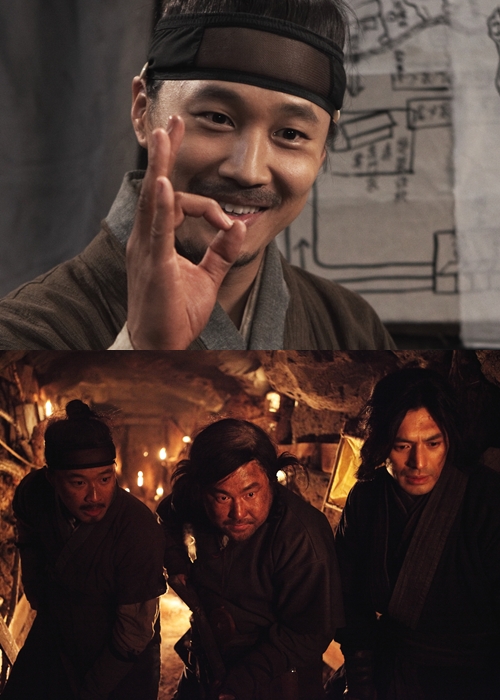 Actor Cha Tae-hyun is coming back with a comedy movie that makes him stand out the most.

Cha Tae-hyun is starring as a genius statesman Deok-mu in the movie "The Grand Heist" where experts of various fields get together to rob the ice storage during the Chosun times of ice rarer than gold.

The chasing scene of Cha and Oh Ji-oh is tense at first but turns out to be funny. It may have seen unnatural if it was another actor but Cha Tae-hyun makes it otherwise.

His witty lines are also something else to look out for in this movie. When his butt gets exposed he says, "This is embarrassing" or nicknames Oh Ji-oh 'brother-in-law' which may seem normal but actually it doesn't when it is said by Cha Tae-hyun.

Tomb robber Ko Chang-seok with his double ponytail is the surprise rival. If you are an audience prepared for Cha Tae-hyun, then you will laugh out loud at Ko Chang-seok.

Actor Sung Dong-il guarantees laughter with his name alone, Oh Ji-ho's manly appeal, Shin Jung-geun who plays his part in this movie, fairy pitt Song Jong-ho, Kim Gil-dong who catches the eye despite his little lines and others already melts in the screens with their appearances alone. Min Hyo-rin, Lee Chae-young and Kim Hyang-gi also joins forces together.

"The Grand Heist" runs for 121 minutes with fun and laughter. With a total production cost of 1.3 billion won, it's a shame there is no big hidden card but as much as it is Cha Tae-hyun's first historical, it should be laughable enough. To be released on the 9th. 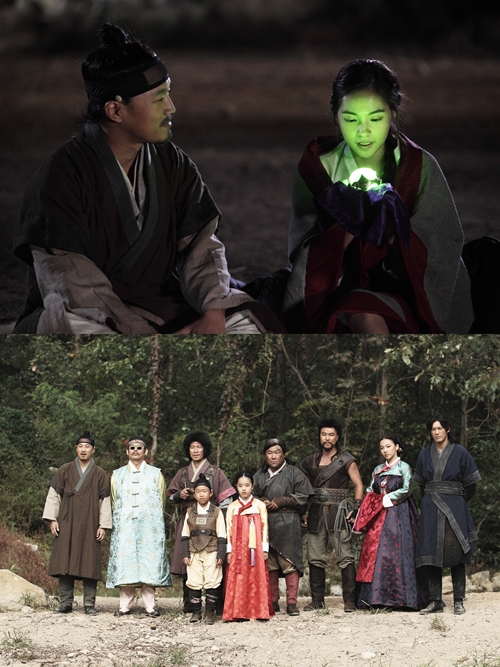 "Cha Tae-hyun style comedy "The Grand Heist""
by HanCinema is licensed under a Creative Commons Attribution-Share Alike 3.0 Unported License.
Based on a work from this source