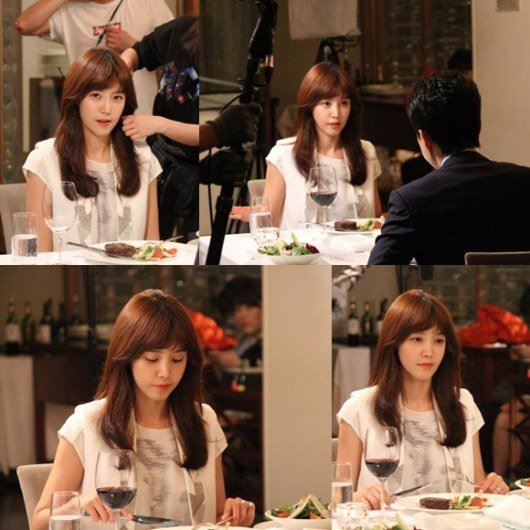 Actress Chae Jung-an revealed the site of the MBC drama "A New Leaf".

She posted on her Facebook and said, "Today "A New Leaf" has been cancelled but we will come back tomorrow night with the ninth episode".

Pictures she posted show herself on the set of the drama. She's filming a scene where she's eating with Kim Myung-min.

"Chae Jung-an on "A New Leaf" set"
by HanCinema is licensed under a Creative Commons Attribution-Share Alike 3.0 Unported License.
Based on a work from this source