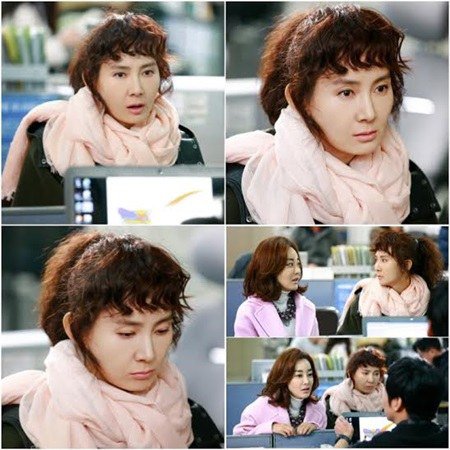 Pictures of Chae Si-ra from the new KBS 2TV drama "Unkind Women" were released by the productions.

Chae Si-ra looks like she's not very happy about something and argues or she's very surprised at something the police tell her. She is then explaining something to the police and then thinking hard.

IOK Media claims, "Chae Si-ra is a professional because she cares even about the smallest details. There's much to look forward to in "Unkind Women" which is is full of passion from the crew and cast".

"Unkind Women" is a life story about three generations of women who find the meaning of true life through love and hatred. Chae Si-ra plays Kim Hyun-sook, the second generation woman along with Kim Hye-ja, Do Ji-won and Lee Ha-na.

"Chae Si-ra comes back with curly hair"
by HanCinema is licensed under a Creative Commons Attribution-Share Alike 3.0 Unported License.
Based on a work from this source