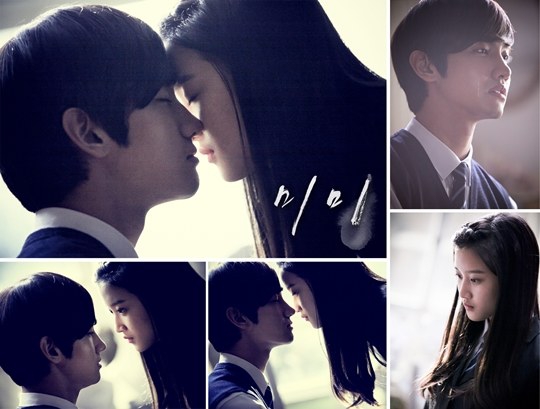 The pictures show Changmin and Moon Ga-young secretly kissing each other in art class and Changmin is crying.

Changmin chose the kiss scene as the most affectionate scene and the netizens asked for a sneak peek at some of the scenes.

The production revealed pictures of them kissing while crying which increased curiosity for their romance.

"Changmin's kiss scene"
by HanCinema is licensed under a Creative Commons Attribution-Share Alike 3.0 Unported License.
Based on a work from this source