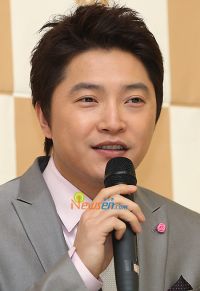 Actor Ahn Jae-mo will be in the drama "The Light of the East" that is dedicated to Ahn Jung-geun, the most famous Korean patriot who killed Japanese prime minister in Korea 100 years ago while Korea was under Japanese colonization.

Ahn Jae-mo has been casted along with Lee Sung-jae who will be acting Ahn Jung-geun and his geisha Jang Yeon-hee wil be acted by Lee Young-ah. An is the body guard of the geisha Seowoo.

Seowoo is a fictional character, so we are not sure what his character really will be like.

A lot of professional and serious actors with age will be in this drama, so let's expect a lot of great works!

"[ChanMi's drama news] Ahn Jae-mo in "The Light of the East""
by HanCinema is licensed under a Creative Commons Attribution-Share Alike 3.0 Unported License.
Based on a work from this source