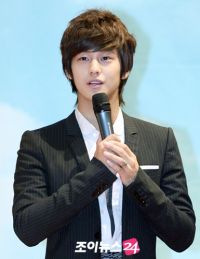 Being an actor involves in changing images and transformations into a new person for every piece of work. So, this time Kim will be taking on a new role and hopes that the fans from "Boys over Flowers" will not feel betrayed or disappointed in a different image of Kim through this new drama.

Kim will take a more masculine and tough character because his character is a skilled pickpocket as a teen and a kickboxing athelete as a young man.

The drama will be aired this 27th.

"[ChanMi's drama news] Kim Beom, "Don't feel betrayed F4 fans!""
by HanCinema is licensed under a Creative Commons Attribution-Share Alike 3.0 Unported License.
Based on a work from this source