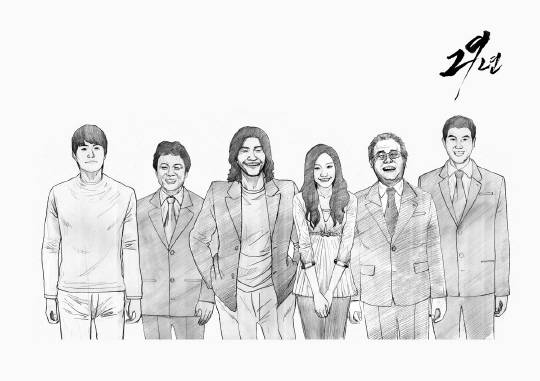 This high class actors that have been casted is one of the reasons that this movie expected a lot.

Ryoo will be the manly yet sentimental rogue, Jin-bae. Ryoo said that this film will be his last when he is in the 20s so he will put more passion into this work.

Gaining hundred millions of fans all over the world through the movie "200 Pounds Beauty", Kim Ah-joong will be the stoical sharpshooter Mi-jin. She will be a totally different character from her previous movie.

Jin Goo is the serious and hard working secretary, Joo-an with a poker face focusing on the daily schedules. Han Sang-jin, who was in "Yi San" will be the police, Jeong-hyeok.

Other stars who will be in this movie are Joo Jin-mo-I as Kim Gap-seh who causes the problems, Chun Ho-jin as top security officer who contraposes with the main characters, and Byun Hee-bong will be "the Person", the villain of the case 29 years ago.

This movie will be filmed next month.

"[ChanMi's movie news] "29 Years" starring Ryoo Seung-bum and Kim Ah-joong"
by HanCinema is licensed under a Creative Commons Attribution-Share Alike 3.0 Unported License.
Based on a work from this source