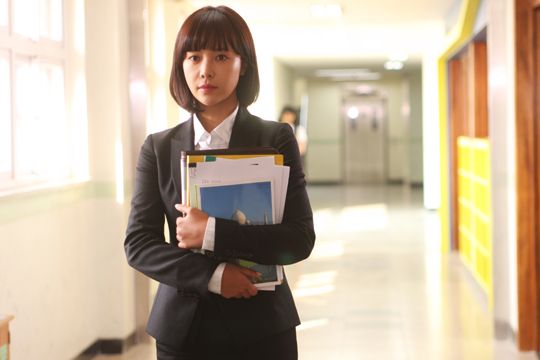 Film "Death Bell 2: Bloody Camp" is starring Hwang Jung-eum as the teacher. This will be Hwang's first film ever!

She has been most popular as an English tutor in the sitcom, "High Kick Through The Roof".

She was so cute and bubbly, now she is in a horror film!

Hwang has been so busy with CFs and other work that came with popularity. She takes every little time to prepare for the movie.

Her character is Eunsoo who seems similar to any other people coming to school but because of the terrifying situations she faces she becomes more animated and changed!

This film is a sequel, thus it will bring more scares and thrill to the viewers!

"[ChanMi's movie news] "Death Bell 2: Bloody Camp" more scares and fun!"
by HanCinema is licensed under a Creative Commons Attribution-Share Alike 3.0 Unported License.
Based on a work from this source