Han Go-eun's 10th year as a movie star, she is going to be in a comic movie!

She has debuted with 1999 movie "No Sun" and her lastest work, "City of Damnation" which will be released next year January. This will be her first movie in 10 years since she has been more active in dramas.

This movie stars Han as well as Jung Joon-ho, Jung Woong-in, Jung Woon-taek as melodramatic characters that have a hidden personality. Han will be a amiable police officer who is open to her expression of love. She falls for Jung Woong-in's character. And the two will be performing a comic love relationship.

Her coworkers are surprised that this diva had this comic actress side in her. 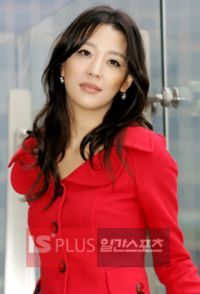 "[ChanMi's movie news] Han Go-eun in a comic movie"
by HanCinema is licensed under a Creative Commons Attribution-Share Alike 3.0 Unported License.
Based on a work from this source