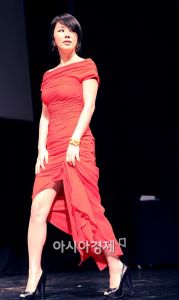 Choi Song-hyun has been an announcer for KBS channel and has been in a TV program titled, "Imagine Plus" where she was the MC.

Now, this new film, "Insadong Scandal" will be her debut film as an actress!

She has changed her image into a femme fatale who loves to wear leather jackets! Her character's name is Kong Soo-jeong who is stylish and tough!

Choi is costarring with Uhm Jung-hwa is has been the sexy queen in the pop world as well as in movies.

Let's anticipate for this film which will be released in the end of April! 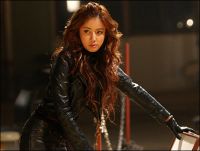 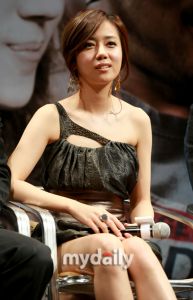 "[ChanMi's movie news] "Insadong Scandal" press conference"
by HanCinema is licensed under a Creative Commons Attribution-Share Alike 3.0 Unported License.
Based on a work from this source