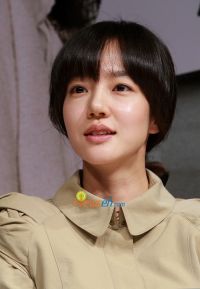 Gang Dong-won, Lim Soo-jung, Kim Yun-seok, Yoo Hae-jin, and Baek Yoon-sik are in the new film, "JEON WOO CHI : The Taoist Wizard" for which there was the press meeting.

This film is based on the fiction character Jeon Woo Chi Story for which its motifs are modernized in Seoul as the setting. The hero will be born again in Seoul!

Jeon Woo-chi is a troublemaker warrior acted by Gang Dong-won. His rival Hwadam who seems to be a kind elite, but is selfish and evil acted by Kim Yun-seok. The femme fatale coordinator aspiring to be an actress is Seo In Kyeong acted by Lim Soo-jung. Jeon Woo-chi's friend and a gossiper Chorangy is acted by Yoo Hae-jin. Chosun's best warrior and teacher monk Cheongwan is acted by Baek Yoon-sik. Seo In-kyeong's rival and top star actress is Yum Jung-ah. The fighters who lost from the evil goblins in the past are now in the form of a monk, fortune teller, and a priest acted by Song Young-chang, Joo Jin-mo-I, and Kim Sang-ho. These characters are so funny and unique!

Jeon Woo-chi's ancestors have been framed and imprisoned in the time of Chosun Era that 500 years later, he is to fight the goblins that have been released from the spells!

This fantasy film will be released this December 23rd!

"[ChanMi's movie news] "JEON WOO CHI : The Taoist Wizard" stars Lim Soo-jung!"
by HanCinema is licensed under a Creative Commons Attribution-Share Alike 3.0 Unported License.
Based on a work from this source