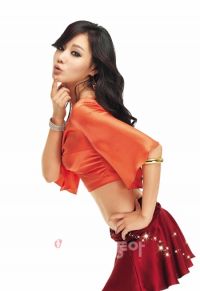 Kim Ah-joong was hoping to return to the screens soon through her new movie "29 Years".

She has received so much love through "200 Pounds Beauty" and wanted to bring her fans a new film to enjoy.

But, there has been complications with heir supporters that they will have to postpone filming this new project. She is in a dilemma, whether she waits for her producers to get all the financial problems solved which they don't know when... or does she start a different film to work for?

She has rejected a few other films for this one and has been training hard for her role in shooting the president.

Let's hope for the best and that she can return to us through the screens with an entertaining film!

"[ChanMi's movie news] Kim Ah-joong waiting to start filming"
by HanCinema is licensed under a Creative Commons Attribution-Share Alike 3.0 Unported License.
Based on a work from this source