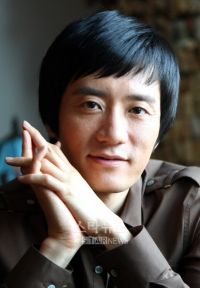 Kim Myung-min will be returning through another film as a father looking for his kidnapped daughter.

The new film is titled, "Destroyed Man" that is about a pastor's daughter being kidnapped. It's a thriller film!

Kim is ex-Pastor Lee Hoo who divorced his wife to look for his lost daughter. He is chasing after a man who took his daughter and has to take drastic measures to save his daughter!

Kim's entertainment company says that Kim's health is not at best that they can't have him start his filming for the film right away.

"[ChanMi's movie news] Kim Myung-min's next film!"
by HanCinema is licensed under a Creative Commons Attribution-Share Alike 3.0 Unported License.
Based on a work from this source