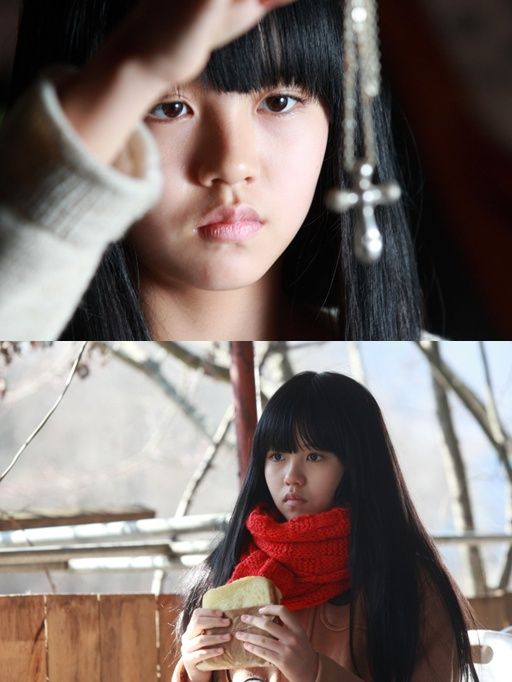 The story about kidnapping is not just as expected in the film "Man of Vendetta". A lot of the attention is also going to the new child actress Kim So-hyun.

She has a clear complexion with straight black hair. It seems as if she is full of fear yet she does not show it. She is able to hold much emotion inside.

Her character Joo Hye-rin the daughter of Joo Yeong-soo acted by Kim Myung-min lives with the kidnapper for 8 years and grow up.

She had been in the 2008 horror special "Evil Twin" as the demon possessed girl.

Also in "Que Sera Sera" as Jeong Yoo-mi and other dramas like "Love You a Thousand Times" "A Happy Woman" "Birth of a Rich Man" she was busy since a young age.

She beat 500 other girls for this role in the movie. Withe her great resume, she was sure to get this role that required a great acting skill as a girl who suffered at such a young age.

"[ChanMi's movie news] New rising child actress?"
by HanCinema is licensed under a Creative Commons Attribution-Share Alike 3.0 Unported License.
Based on a work from this source