[ChanMi's movie news] Who will be the Fall screen Queen? 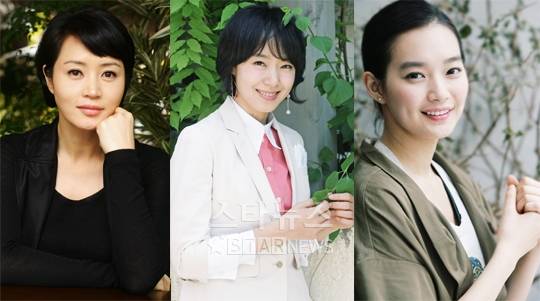 Many say that female stars have disappeared from the movie screens but they are coming this Fall to show us their beauty and acting skills.

Recently, many movies have starred many male actors as main characters. First female actress that will come back on the screens is Jeon Do-yeon this September 25th through the movie "My Dear Enemy".

Jeon Do-yeon will be acting as an old maid who seeks her ex-boyfriend after a year to get her 35,000,000 Won back. Her character is so tired with life and ends up falling for her ex-boyfriend once again.

Shin Min-ah will be a young lady with such passion for rock music during the era when police were strict with curfews and dress codes. She is coming back with a new wave of fancy costumes and dancing as the band vocal singer Mimi starring with Cho Seung-woo.

Kim Hye-soo has transformed into mysterious woman who seduces secretary of Chosun diplomats at the time of Japanese colonization in Chosun. At time she is a singer as a waitress at a bar, a dancer, and a independence protestor who has so much veils to uncover. She is a character with courage.

These three actresses will bring back the feminine charisma on the screens.

"[ChanMi's movie news] Who will be the Fall screen Queen?"
by HanCinema is licensed under a Creative Commons Attribution-Share Alike 3.0 Unported License.
Based on a work from this source