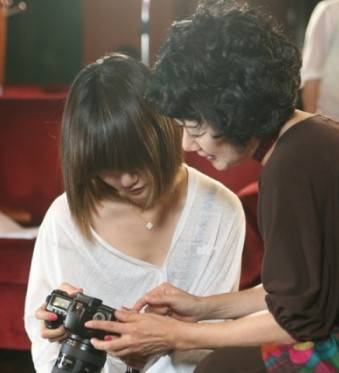 Actress Bae Doona's mother Kim Hwa-yeong is a play actress! Kim is will be taking the lead role in the play, "She is Back".

And the play's producer is... Bae Doona herself! The two are well known for looking very much alike and working together for this play.

Bae's father is also a play actor who has now retired acting for business.

This play will be Bae Doona's third play which she is producing.

"[ChanMi's star news] Bae Doona and her mother, look alike!"
by HanCinema is licensed under a Creative Commons Attribution-Share Alike 3.0 Unported License.
Based on a work from this source