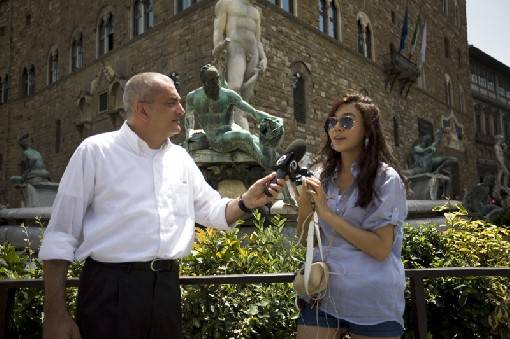 Wow, our stars are starting to be known worldwide!

She has been filming for a show "On Style: Kim Ha-neul's Travel Diary in Italy" when she was interviewed by a local reporter!

The program is called "Channel La Sete" in which the reporter was intrigued by her fashionable poise. The reporter said that he thought she fit well with the cultural city of Firenze. He found out later that she was a popular actress in Korea and asked for a formal interview. 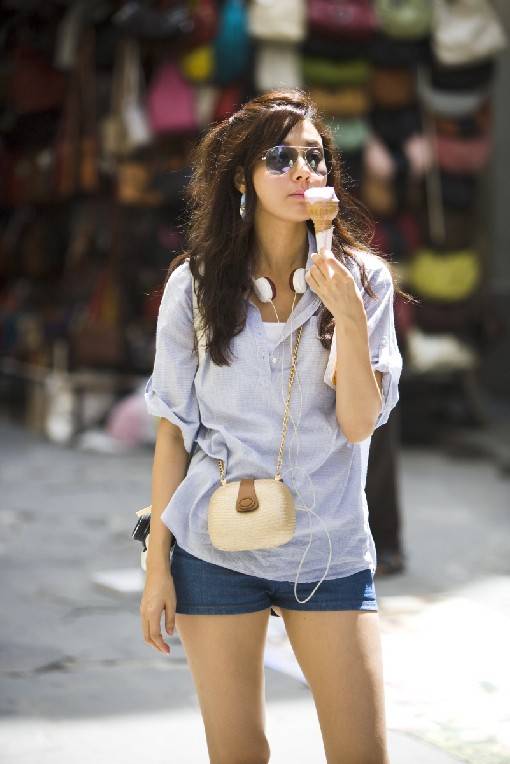 He also said that she was as beautiful as the world-wide popular stars like Paris Hilton and Sienna Miller! He also became interested in her movie and dramas because her Asian beauty was very charismatic! The reporter asked her about her fashion "know-hows" and her thoughts in traveling Italy.

Although she was dearly loved through the drama "On Air", this kind of attention definitely came to her by a surprise!

"[ChanMi's star news] Even Italy loves her!"
by HanCinema is licensed under a Creative Commons Attribution-Share Alike 3.0 Unported License.
Based on a work from this source