Final farewells were made at the funeral for Choi Jin-sil on the 4th.

The funeral procession was help from the hospital to the park where the cremated remains of Choi is buried.

During the procession, Choi's mother and best friend Lee Young-ja fainted with grief and were helped to their feet. The ambulance followed the funeral in case of any more faintings or emergencies.

The funeral was held as a Christian service.

Final conclusion has been made that the cause of this death was spontaneous suicide after being haunted by false rumors and depression caused by a bad divorce. 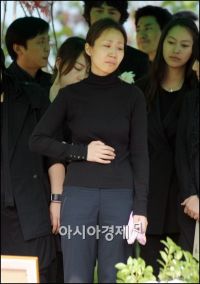 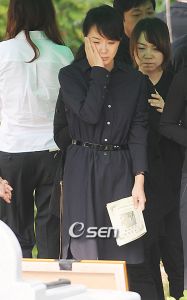 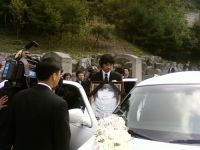 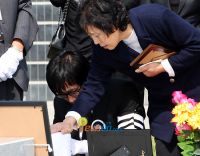 "[ChanMi's star news] Final farewell to actress Choi Jin-sil"
by HanCinema is licensed under a Creative Commons Attribution-Share Alike 3.0 Unported License.
Based on a work from this source