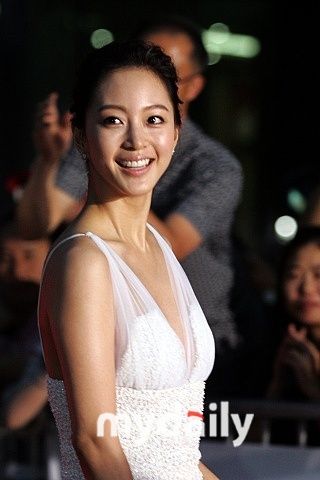 Actress Han Ye-seul is the first Korean star to be the emcee for "Asian Film Awards".

Han has been at the Hong Kong Convention center for the 4th Asia Film Awards where Angela Chow and Lisa S. are also emceeing.

This HKIFF Society started in 2007 where many catergories were set in judging the arts and awarding them.

Nominations for Korean films are for, "Mother - 2009" starring Kim Hye-ja and Won Bin.

"[ChanMi's star news] Han Ye-seul at Asian Film Awards"
by HanCinema is licensed under a Creative Commons Attribution-Share Alike 3.0 Unported License.
Based on a work from this source