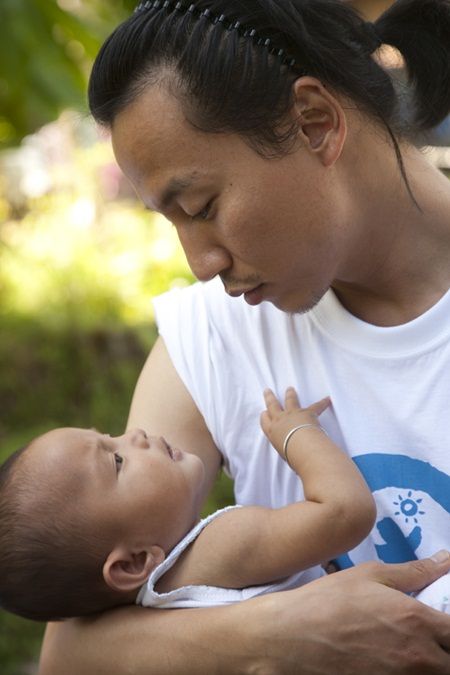 Kim Nam-gil has gone to Indonesia, where there was an earthquake.

The actor has been in the drama, "Queen Seon-deok" and received much praise for his acting. He went to the Sumatra Island where he volunteered to help with the earthquake relief.

Since last January 6th, he has been with the international child support organization PLAN KOREA where he has visited Indonesia's devastated areas because of the 7.6 magnitude earthquake and tsunami. Kim had given out basic necessities to those in need and the hopeless.

Especially, a day before Haiti's earthquake Kim had returne to Indonesia and spent time with the children there.

Kim thought that he could also help with Haiti relief that he has promoted the Haiti relief fund with his recording.

The story of his stay will be aired on "World and Me W" .

"[ChanMi's star news] Kim Nam-gil in Indonesia"
by HanCinema is licensed under a Creative Commons Attribution-Share Alike 3.0 Unported License.
Based on a work from this source