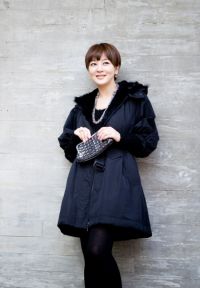 The trend setter super moms' love for work and children are revealed through this real documentary program. We find out that Lee has gotten married a little later compared to other women and her first child led to a big attention because of her being known as an actress and a successful fashion business woman.

Her version of this program will be released in two episodes. She will be portrayed as a mother, and as a wife.

Lee has married a Korean American businessman and had her first child this June.

"[ChanMi's star news] Lee Seung-yeon on TV after her first child"
by HanCinema is licensed under a Creative Commons Attribution-Share Alike 3.0 Unported License.
Based on a work from this source