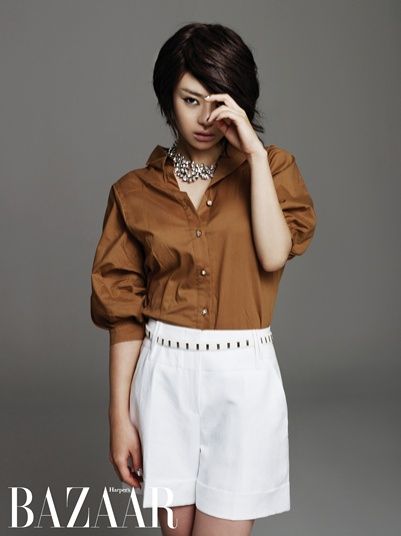 "Cinderella's Sister" is now ended and Seo Woo told of her feelings toward this drama.

Through an interview with HARPER'S BAZAAR she said that Hyoseon character was her worst acting yet her most worked on character. She said that she tried all that she could for that role.

We will be able to see her in the July edition of this magazine.

"[ChanMi's star news] Seo Woo "My worst acting was in Cinderella's Sister""
by HanCinema is licensed under a Creative Commons Attribution-Share Alike 3.0 Unported License.
Based on a work from this source