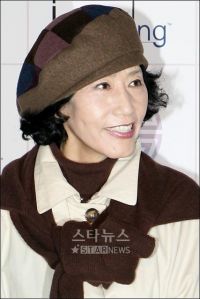 Yeo Woon-kye, an actress who has been working hard all these years as an actress has been fighting lung cancer.

She has been placed in the ICU recently and is being cared for.

Yeo has been suffering with her health conditions since 2007 but with her successful surgery she was able to act.

Let's hope that this great actress will recover and be back on the screens!

"[ChanMi's star news] Yeo Woon-kye fighting lung cancer"
by HanCinema is licensed under a Creative Commons Attribution-Share Alike 3.0 Unported License.
Based on a work from this source