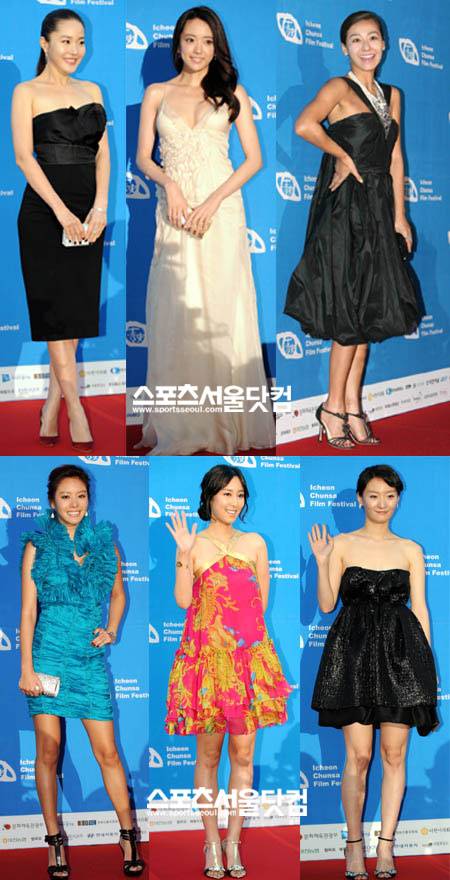 On the 7th, the 17th Choonsa Film Award Festival Ceremony opened inviting many stars to this one place.

However, the numbers of stars have been lower than last years'. Of course, the stars did not attend because of personal reasons.

There has been many criticism in about this event. Complaints were that the whole program was not well prepared and the 8 nominations that the movie "Crossing" had received was unbelievable. Even the Child Actor Award was under criticism, that it was unnecessary! However, the stars on the red carpet brought much attention as always.

Although many stars have not attended, those who did were charming.

"[ChanMi's take] Actresses at film festival this 7th"
by HanCinema is licensed under a Creative Commons Attribution-Share Alike 3.0 Unported License.
Based on a work from this source