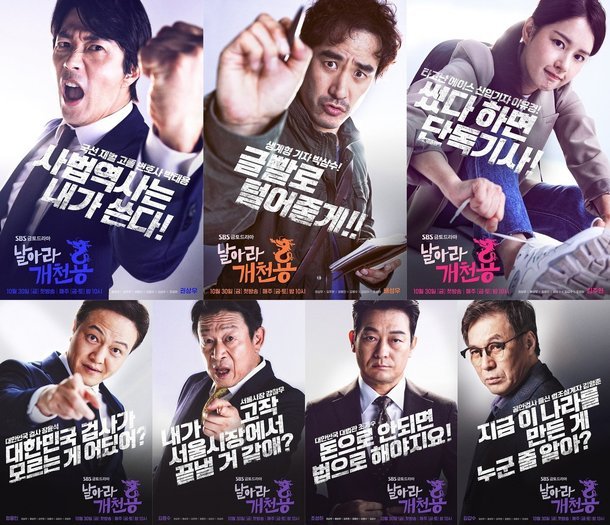 Character posters of "Delayed Justice" have been released.

"Delayed Justice" is the story of two men who represent the voices of judicial victims who are falsely accused. Reversal will be portrayed in a pleasant way, overturning the situation between a high school-graduate public defender who has nothing to lose and an unemployed journalist who has remarkable writing skills. 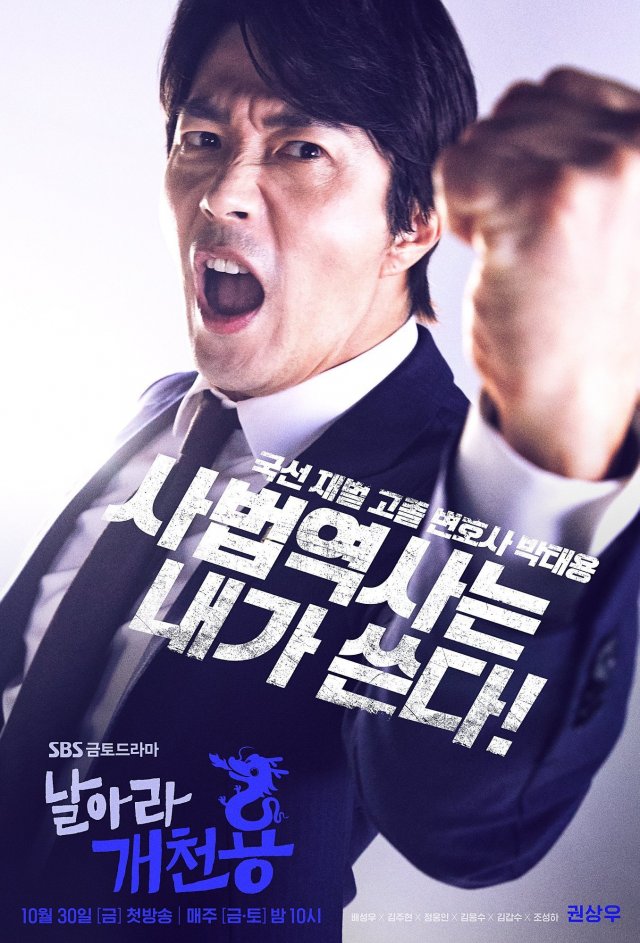 The character posters released on the day contain characters of unusual images. First of all, Kwon Sang-woo's expression of Park Tae-yong, a high school graduate-turned-national lawyer with a Pacific-like nosy and sense of justice, is full of energy. Park Tae-yong, who won the retrial of a general criminal case for the first time in judicial history, is expected to face an unreasonable world with his reckless passion. 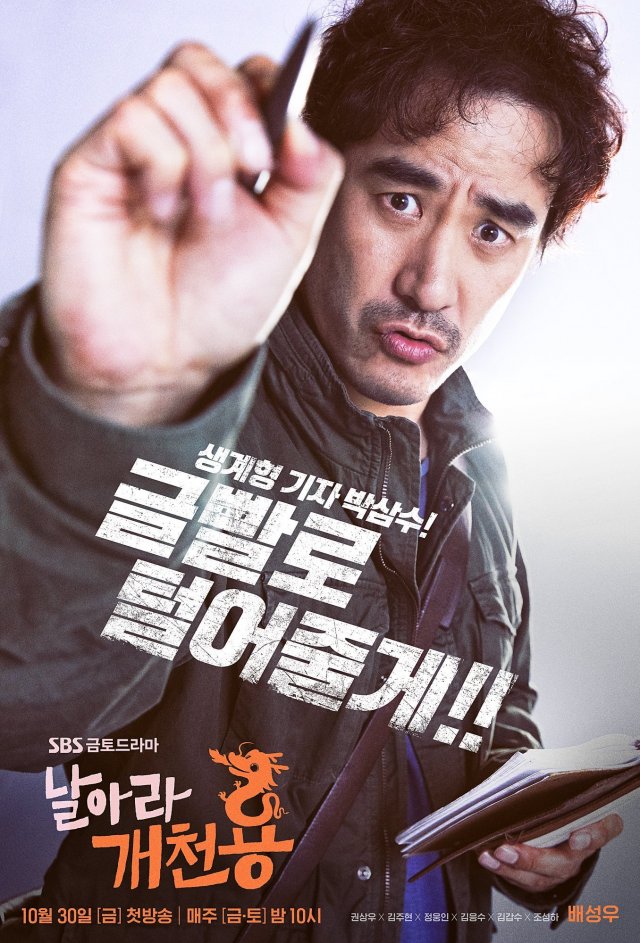 Unlike his harsh words and deeds, Bae Sung-woo, who plays Park Sam-soo, a tearful and decent living reporter, steals attention with his unique dexterity. Park Sam-soo, who is only after liquid sources, gets caught up by Park Tae-yong and begins to rekindle his sense of duty as a reporter. 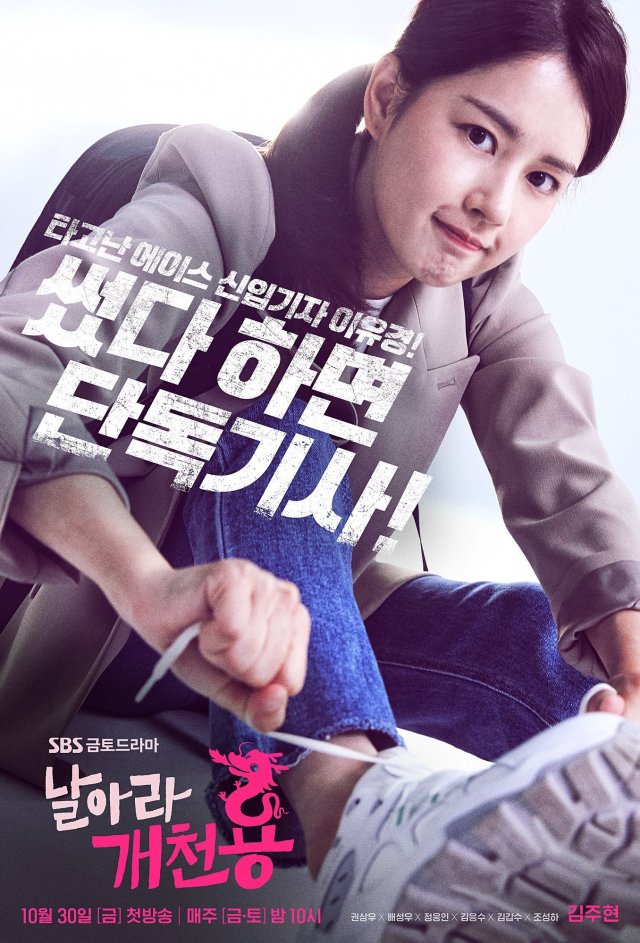 Kim Joo-hyun, who plays the role of Lee Yoo-kyeong, a new reporter who is passionate about the truth, shows off her strong aura with her fierce eyes and angry lips. 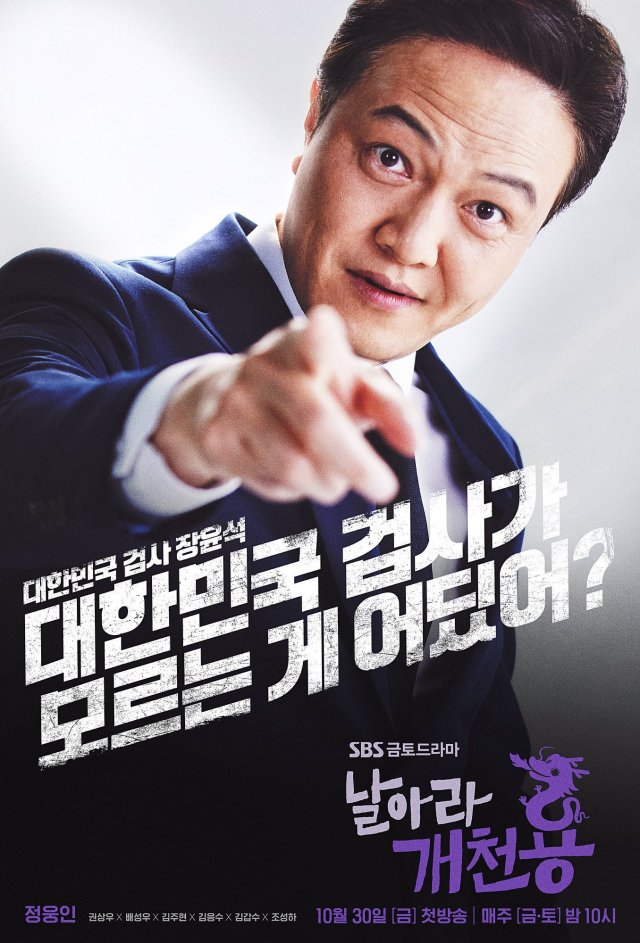 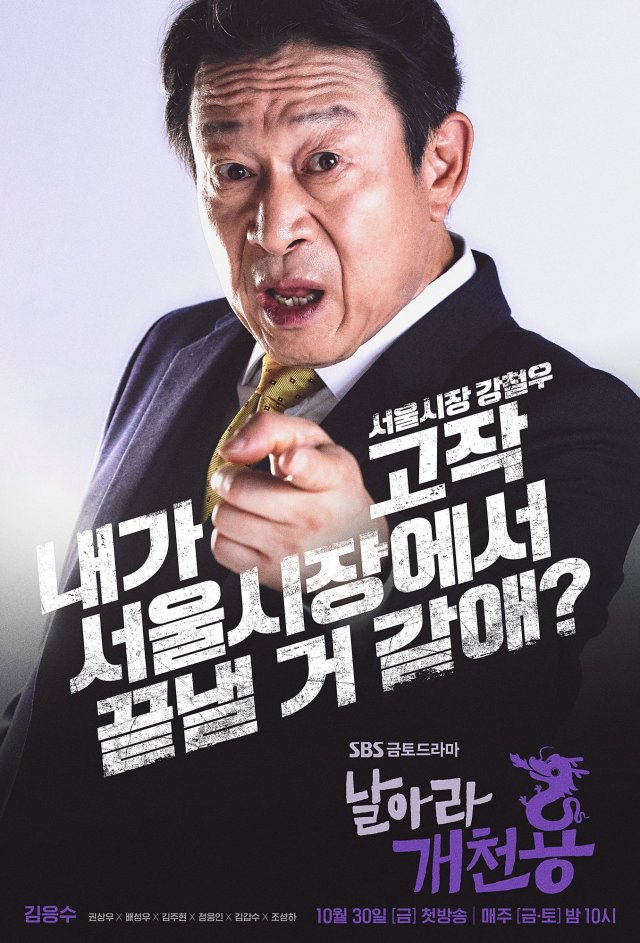 Also interesting is the aspect of the high-elite group, which holds vested interests. Jung Woong-in, an elite prosecutor who succeeds in raising his status with his brilliant mind, Kim Eung-soo, who plays Kang Cheol-woo, an icon of ambition from a slum to a mayor, Jo Sung-ha, who plays Jo Ki-soo, a respected Supreme Court judge and Kim Gap-soo plays former Prosecutor General Kim Hyeong-cheon, are drawing attention as they show extraordinary charisma. 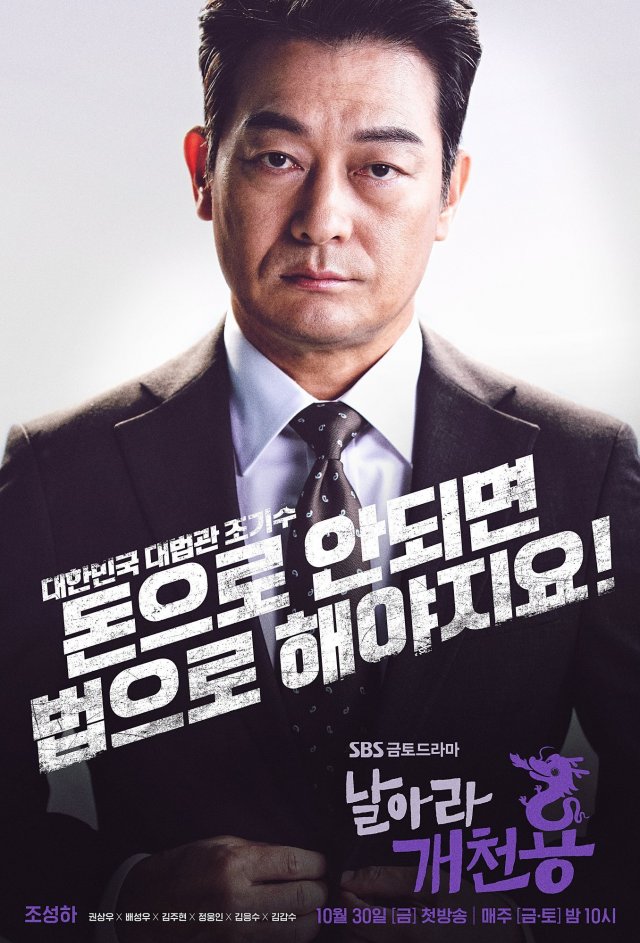 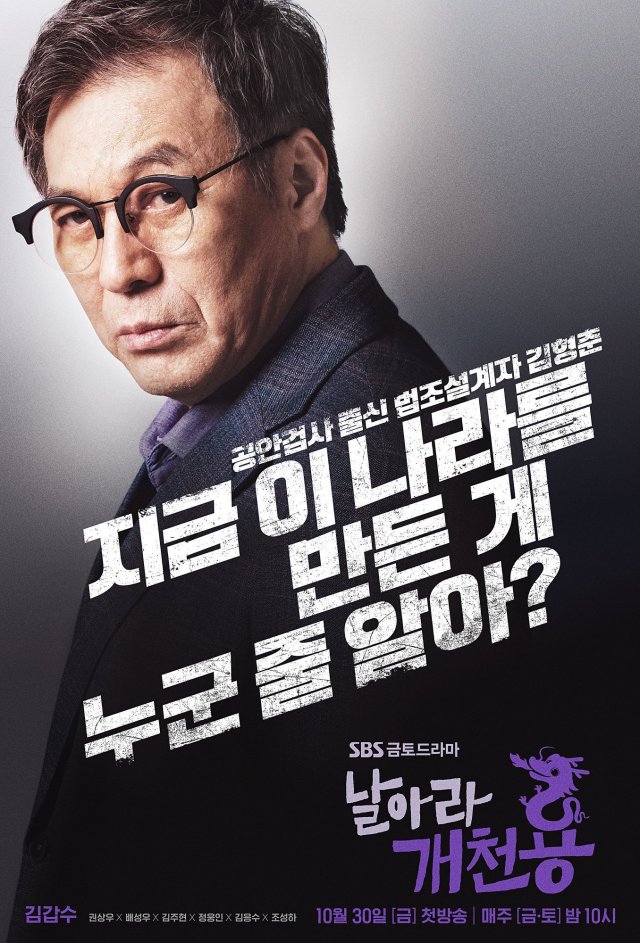 The "Delayed Justice" production team said, "The hot confrontation between the periphery chasing the truth hidden by power and elite groups with vested interests unfolds in an exciting way", adding, "Please pay attention to what kind of counterattack they will make against the rebellion trying to overturn the plate. The synergy of the actors is great. You can look forward to a refreshing and hot reversal of justice".

"Delayed Justice" premieres on the 30th at 10PM.

"Character Posters of Kwon Sang-woo, Bae Sung-woo for "Delayed Justice""
by HanCinema is licensed under a Creative Commons Attribution-Share Alike 3.0 Unported License.
Based on a work from this source