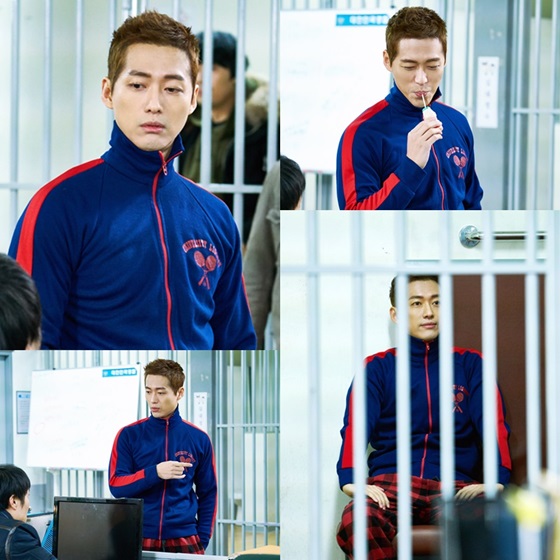 According to Logos Film, Namgoong Min stars in the drama "Chief Kim" as Kim Seong-ryong, an accountant for a gangster organization before he turns into the manager in the accounting department of TQ Group.

Namgoong Min looks pretty relaxed in the pictures. He is locked up in the police station but he doesn't look anxious at all.

Then outside the lock-up, he's drinking yogurt with a straw and arguing about something with the policeman.

Namgoong Min has short and light brown hair and is wearing checked pants with a zip-up jumpsuit.

Namgoong Min has prepared a lot for this character and it's the first time he's working with the writer and director.

Meanwhile, "Chief Kim" is a comedy drama about a crumbling company in which Kim Seong-ryong joins to hit the jackpot but fights for injustice instead.

The drama is written by Park Jae-beom-I and directed by Lee Jae-hoon-II and it is expected for released on the 25th of January.

""Chief Kim" Namgoong Min in trainers "
by HanCinema is licensed under a Creative Commons Attribution-Share Alike 3.0 Unported License.
Based on a work from this source