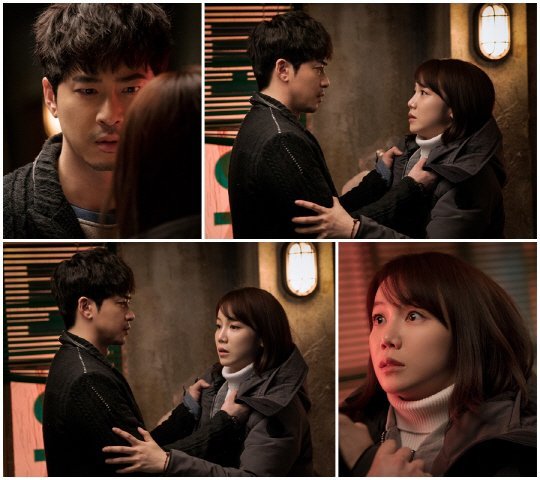 "Children of a Lesser God" is about an elite detective named Chun Jae-in (Kang Ji-hwan) who rationally solves cases based on evidence, and a female detective named Kim Dan (Kim Ok-vin) who puts herself in the shoes of the victims to solve crime.

The pictures of the two show them in conflict. With their different styles of investigation, they can't trust each other and even get to a point where they're holding each other by the collars.

Chun Jae-in looks very angry while grasping Kim Dan's collar while Kim Dann looked surprised. They frequently lose their tempers at each other.

For this scene, Kang Ji-hwan and Kim Ok-vin prepared themselves mentally before going into shoot. Lots of emotional effort was required for this scene and they managed to concentrate and draw attention to their scene. Even after the 'cut', it took them a while to snap out of it.

""Children of a Lesser God" Kang Ji-hwan and Kim Ok-vin"
by HanCinema is licensed under a Creative Commons Attribution-Share Alike 3.0 Unported License.
Based on a work from this source