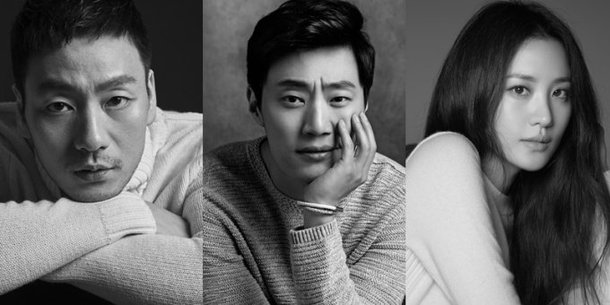 The drama "Chimera" has suspended filming due to staff sexual harassment allegations.

Sources say, "It's true. The victim, who is a scripter, has dropped off the team and the perpetrator was let go. We are currently in control of the situation and we hope to resume filming as soon as everything is clear".

Production personnel A allegedly molested scripter B after a work dinner on the 24th last month. The production arranged a gathering where A apologized to B with key members of the staff present, but B took herself off the team after leaving a text message in the group chat. The production then held A responsible and fired him.

"Chimera" tells the story of three leading characters who dig through secrets of the past 30 years to find a culprit named "Chimera" when a series of murders known as the 'Chimera killings' that occurred in 1984 happens again in 2019. It is a 13 billion won masterpiece written by Lee Jin-mae and directed by Kim Do-hoon, who is back for the first time in 6 years. The cast is made up of Park Hae-soo, Lee Hee-joon, Soo Hyun and Cha Joo-young.

"Chimera" comes out later this year.

""Chimera" Suspends Filming Due to Staff Sexual Harassment Allegations"
by HanCinema is licensed under a Creative Commons Attribution-Share Alike 3.0 Unported License.
Based on a work from this source