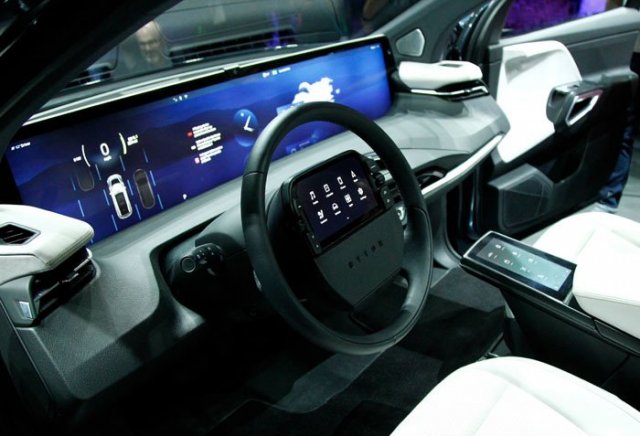 China's Byton plans to produce its new electric cars in Korea. The automaker on Sunday unveiled a new version of its M-Byte at a press sneak peek at the Consumer Electronics Show in Las Vegas, which kicks off its four-day run Tuesday.

The car boasts a huge 48-inch dashboard display which is simply controlled via a touch screen fitted in front of the steering wheel.

CEO Daniel Kirchert said Byton will start mass production of the electric car late this year, and to keep up with demand it has signed a contract with Korean parts maker MS Autotech, which bought GM Korea's former assembly plant in Gunsan last year.

MS Autotech will supply 50,000 cars a year starting next year.