Cho Jung-seok Has a Hot Summer On the Screen 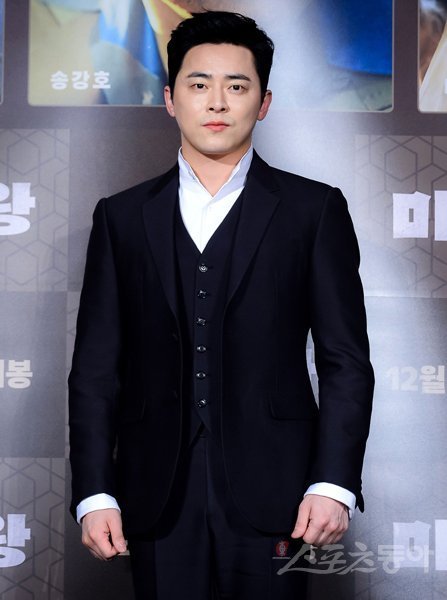 Actor Cho Jung-seok plans on having a hot summer. The current SBS drama "The Nokdu Flower" actor, who plays Baek Yi-kang, is expanding to film.

Cho Jung-seok has been getting good reviews for his Jeollado dialect performance in "The Nokdu Flower", his first sageuk in 15 years of his career, and removing the stereotype image. He transformed himself in "The Nokdu Flower" with a character that differs from those he played in tvN's "Oh My Ghostess" and SBS's "Incarnation of Jealousy". Thanks to his incredible delivery of speech, it's easier for viewers to concentrate on the drama.

"The Nokdu Flower" deals with the pain of the times and at the same time, deals with love and laughter. Cho Jung-seok has a wide spectrum of acting in this drama, from tragedy to comedy. Therefore, the drama is being highly respected as a 'well-made drama'.

This isn't all. The actor is starring in a film called "Exit - Movie", which comes out on the 31st of July. "Exit - Movie" is about the struggles of being among those who run from poison gas spreading in the city. Unlike other disaster movies, this movie adds some comedy to it. Cho Jung-seok plays Yong-nam, a mountaineering club ace who uses his skills to escape the city. For the movie, he jumped around tall buildings from a rope.

"Cho Jung-seok Has a Hot Summer On the Screen"
by HanCinema is licensed under a Creative Commons Attribution-Share Alike 3.0 Unported License.
Based on a work from this source