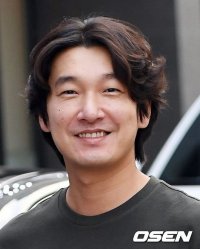 Musical and film actor Cho Seung-woo and his sister, Cho Seo-yeon, will star in the musical "Rent".

The two will play lead roles in the musical, which will premiere in January. Cho Seung-woo will play a songwriter, and his sister a performer.

Cho Seung-woo, who has displayed impressive acting skills in his latest movie, "Tazza: The High Rollers", will make a comeback as a musical actor along with Shin Dong-yup.

Cho Seo-yeon debuted in 1998 in the musical "Hard Rock Cafe", and has appeared in a number of famous musicals so far, including "Line One" and "Singing in the Rain".

Na Sung-ho, a member of the R&B band "Noeul", will make his debut in "Rent" in the role of a roommate and story narrator.

"Rent", which debuted in Korea in 2000, is based on Puccini's opera "La Boheme" and was dramatized by scriptwriter Jonathan Larson, who died at the young age of 36.

"Rent" is a story about the dreams, love and friendship of poor artists living in New York's East Village.