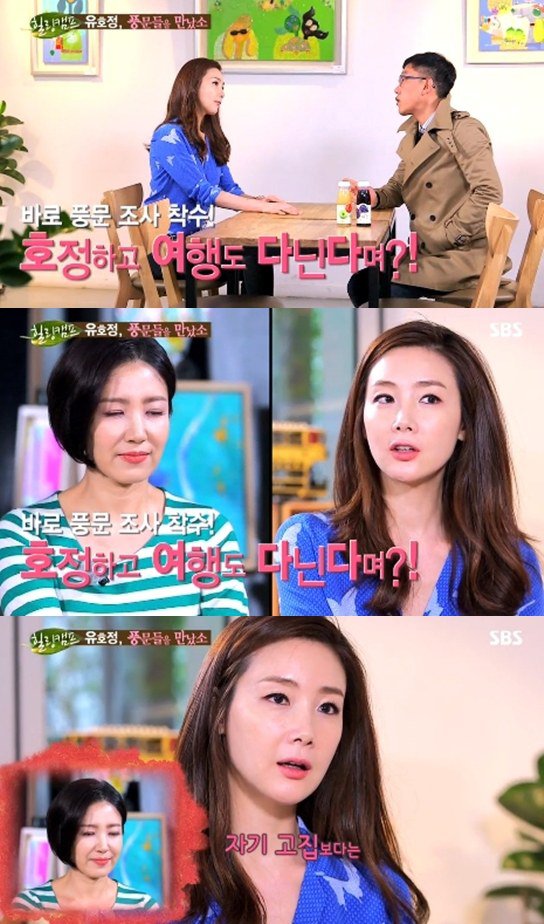 The May 11th show of SBS 'Healing Camp – Aren't you happy" starred Yoo Ho-jung as their main guest.

Choi Ji-woo said, "I travelled to Jeju, Hong Kong, Turkey, New York and some other places along with Yoo Ho-jung. Because I met her right after I debuted when I was 19 years old, I could go to her wedding even. We've known each other for over twenty years".

"We lived in the same town in Seoul all the time. When she moved, I moved following her" said Choi Ji-woo, showing off their long time close friendship.

"Choi Ji-woo and Yoo Ho-jung's twenty year friendship "
by HanCinema is licensed under a Creative Commons Attribution-Share Alike 3.0 Unported License.
Based on a work from this source