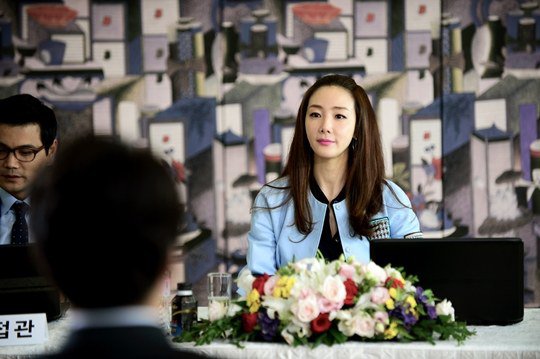 She stars in the new KBS 2TV drama "Temptation".

Pictures released of the actress how her as a successful CEO named Yoo Se-yeong. She's wearing an outfit which portrays who she actually is.

The stills were taken from an interviewing scene. Choi Ji-woo is sharply looking at all the interviewers' faces.

On the day the stills were taken, Choi Ji-woo arrived on set and went around greeting all the staff and crew that were there, melting the ice of what could've been an awkward first day.

After her first scene, Choi Ji-woo said, "I am working with kwon Sang-woo again and I think many people are excited about it. I'll work hard to make sure we live up to that expectation".

Meanwhile, "Temptation" is about a man who is pushed to the edge of a cliff, making a decision he will never be able to take back and finding the meaning of true love starring Choi Ji-woo, kwon Sang-woo, Park Ha-sun, Lee Jung-jin and others. 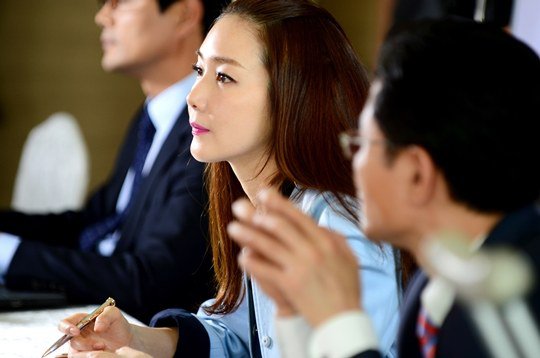 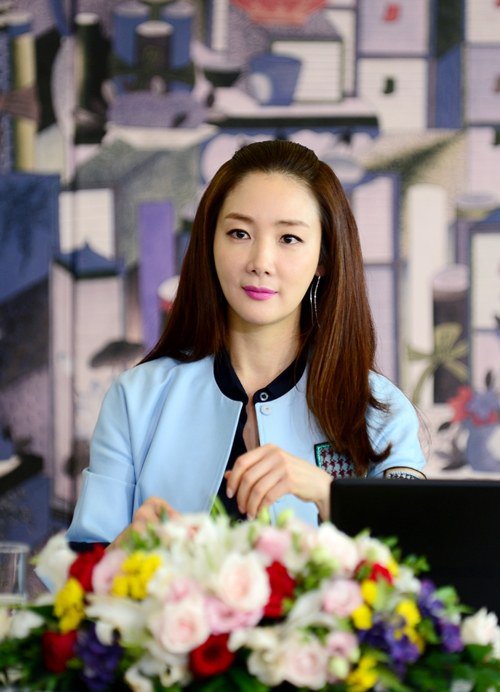 "Choi Ji-woo's flawless skin in drama "Temptation""
by HanCinema is licensed under a Creative Commons Attribution-Share Alike 3.0 Unported License.
Based on a work from this source