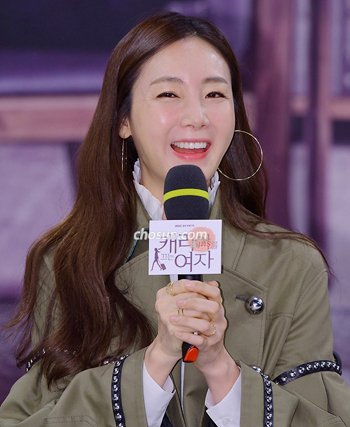 Actress Choi Ji-woo stars as a chief paralegal in the new MBC legal drama "Woman with a Suitcase", which began airing on Monday.

Choi attended a press event for the new soap in Seoul last week.

"I was immediately drawn to the script. I had wanted to play a tough yet loving character, and the heroine was exactly that", she said. "I also liked that it had elements of a range of genres, including comedy, romance and mystery".

The series revolves around a fearless and successful working woman who bounces back after being framed for a crime and wrongly imprisoned.

Producers say the series' focus on the lives of paralegals, rather than lawyers, sets it apart from other legal dramas, which typically feature heavy, serious story lines.