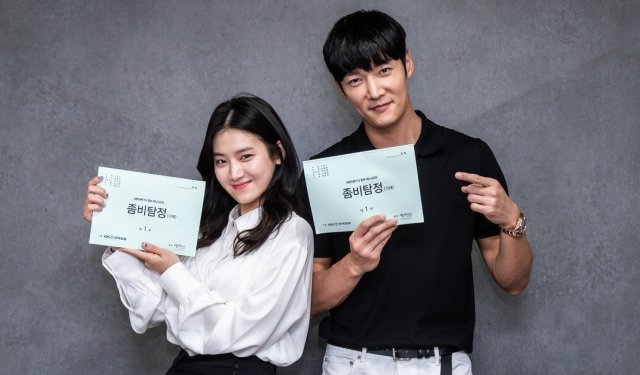 Pictures from the "Zombie Detective" script reading were released on the 22nd. 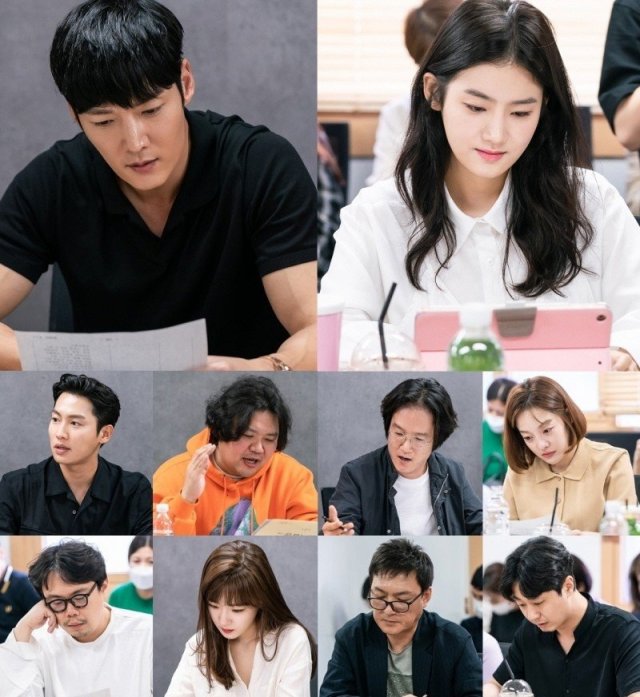 Producer Shim Jae-hyun-I said, "I thank the actors for their sincerity and courage. I hope the drama remains a precious memory to you". Writer Baek Eun-jin said, "I hope we finish the drama without being bitten by zombies".

Choi Jin-hyuk who plays the unique character of a zombie detective said, "I enjoyed reading the scenario. I wondered how hard it would be to make into a drama but I think all I have to do is do my best". Park Ju-hyun in the role of Gong Seon-ji said, "I am honored to be working with great actors".

"Zombie Detective", produced by Lemon Rain, is a human comedy about a zombie who becomes a second-year zombie detective and struggles to find his past.

"Choi Jin-hyuk and Park Ju-hyun in KBS 2TV "Zombie Detective""
by HanCinema is licensed under a Creative Commons Attribution-Share Alike 3.0 Unported License.
Based on a work from this source