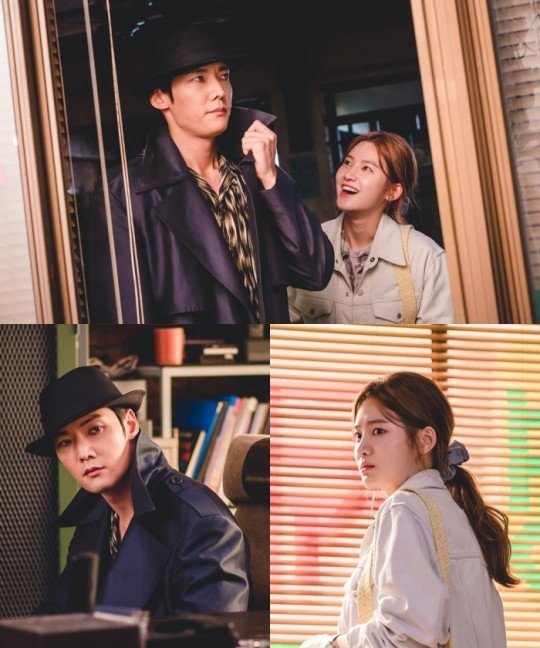 Stills of the two were released on the 29th.

The two will play the zombie version of Sherlock and Watson, who meet through unsolved cases in "Zombie Detective". Attention is focusing on how they will take the first step in their relationship and whether the two different beings will be able to work together safely.

Scheduled to air in the second half of the year, "Zombie Detective" is a human comedy drama in which a zombie in the second year of his revival becomes a detective and struggles to find his past.

Choi Jin-hyuk plays Kim Moo-yeong a second-year zombie who has adapted to the human world, and Park Ju-hyun plays Gong Seon-ji, a writer of the current affairs program. The two will present a cheerful catharsis to a society full of injustice.

"Choi Jin-hyuk and Park Ju-hyun Turn into Sherlock and Watson"
by HanCinema is licensed under a Creative Commons Attribution-Share Alike 3.0 Unported License.
Based on a work from this source