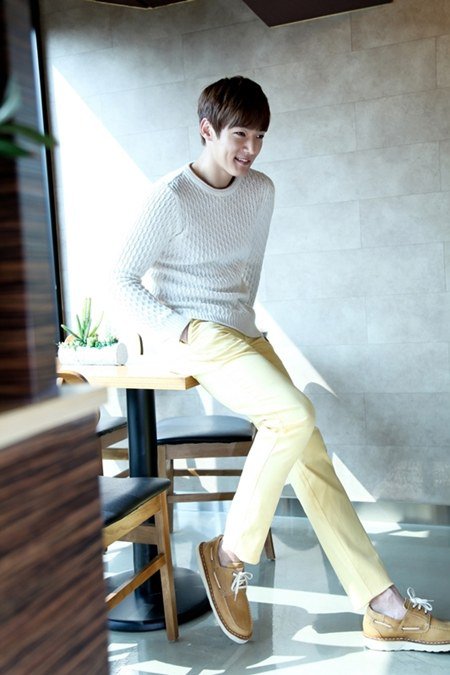 He is starring in the new MBC drama "Fated to Love You" as genius designer named Daniel.

"Fated to Love You" is a romantic comedy about a man and a woman who spend one night together but end up getting pregnant.

Choi Jin-hyuk takes on the role of Daniel, a genius designer who made his own fortune at a young age. He is always the center of attraction wherever he goes and he becomes 'Daddy Long Legs' for Jang Na-ra when he finds out she's pregnant.

Choi Jin-hyuk starred in the 2013 MBC drama "Gu Family Book" and brought about the Wol Ryeong syndrome. He also starred in the SBS drama "The Heirs" and tvN "Emergency Couple" and became the 'it' guy of 2014.

Meanwhile, "Fated to Love You" will be broadcasted in July after "A New Leaf".

"Choi Jin-hyuk in "Love You Like Fate""
by HanCinema is licensed under a Creative Commons Attribution-Share Alike 3.0 Unported License.
Based on a work from this source