Choi Jin-hyuk in the First Teaser Poster of "Zombie Detective" 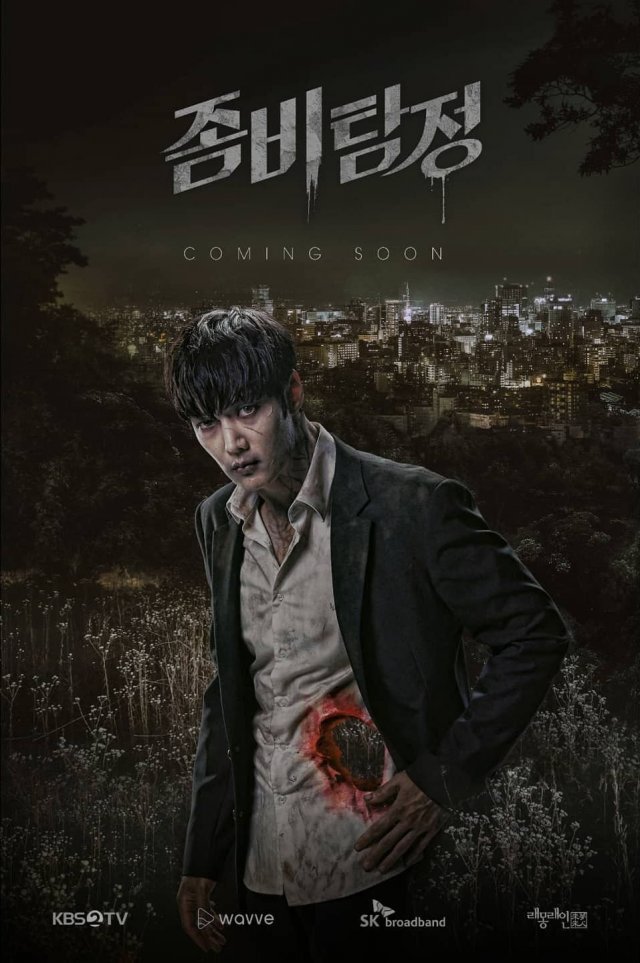 The first poster for "Zombie Detective" is out.

The poster draws attention with the shocking visual of Choi Jin-hyuk as Kim Moo-yeong, a zombie character in the upcoming KBS 2TV Monday-Tuesday drama.

"Zombie Detective" is an entertainment drama about a zombie who revived 4 years ago changing his identity and struggling to survive in the human world.

In the poster, Choi Jin-hyuk looks lonely standing alone in the backdrop of a dark looking city.

Unlike typical zombies that scream their heads off while unconscious, Choi Jin-hyuk looks strong and piercing, hinting the birth of a new kind of zombie.

Choi Jin-hyuk is expressionless as if he doesn't feel pain despite his skin covered with wounds and his perforated abdomen. He performs a character that doesn't die no matter how much he's stabbed or beaten.

"Choi Jin-hyuk in the First Teaser Poster of "Zombie Detective""
by HanCinema is licensed under a Creative Commons Attribution-Share Alike 3.0 Unported License.
Based on a work from this source