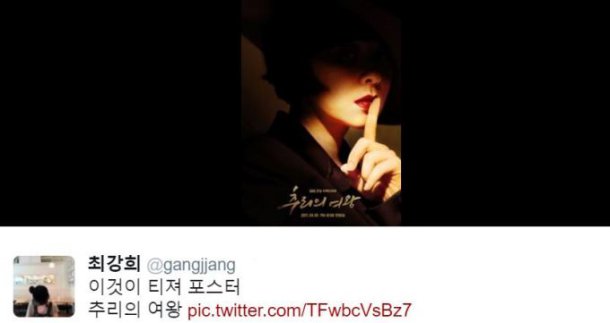 She posted this picture on her Twitter and claimed it was the poster for the new KBS 2TV drama "Queen of Mystery".

The poster has an aura. The background is black and the last part of the poster is of Choi Kang-hee who is holding her finger to her mouth. The poster looks similar to a gangster movie from the 1980s.

Meanwhile, Choi Kang-hee appeared on the JTBC TV show "My Refrigerator" and mentioned her first love. The internet is now flowing with speculations that Choi Min-yong's first love is Choi Kang-hee. 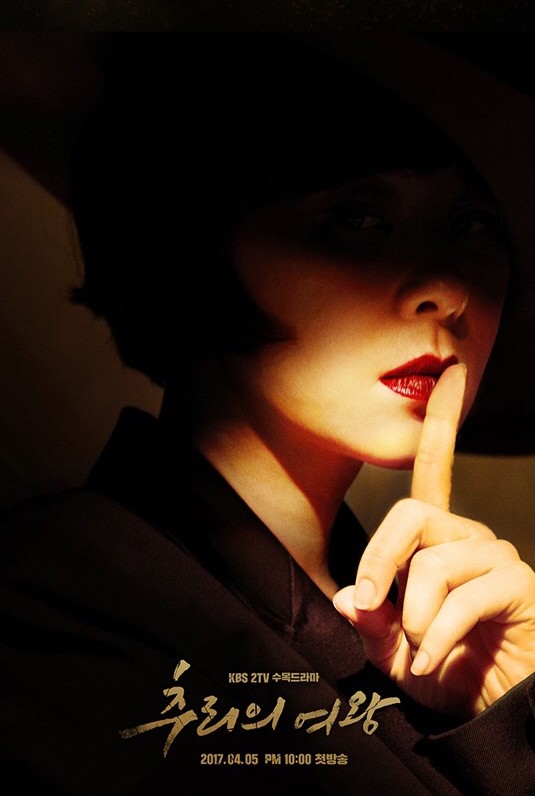 "Choi Kang-hee reveals poster for new drama "
by HanCinema is licensed under a Creative Commons Attribution-Share Alike 3.0 Unported License.
Based on a work from this source