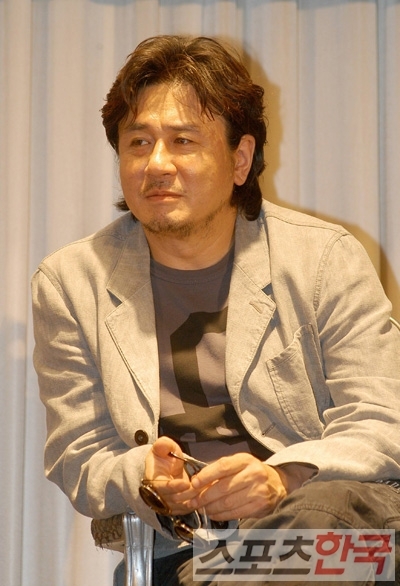 Leading role in movie "The Power"

Choi Min-sik is starring as the leading actor in the movie "The Power". Apparently he was fascinated by the scenario and appealed that he would like to star in the movie.

"The Power" is the story of a son and a father who is substituting for Kim Il-sung in a summit with the late president Park Jeong-hee. Choi Min-sik is the father standing in for the role of Kim Il-sung.

Choi was reborn with the movie "Nameless Gangster" early this year and has continued to star in continuous hits. He's going to be in "The New World" which is to be released early next year and "Eighteen - Movie" that deals with General Yi Sun-shin.

"The Power" was chosen by the Busan Film Commissions at the Asian Film Market , Busan International Film Festival early last month. It is directed by Lee Hae-joon and produced by Kim Moo-ryeong both from "Castaway on the Moon".

"Choi Min-sik looks like Kim Il-seong?"
by HanCinema is licensed under a Creative Commons Attribution-Share Alike 3.0 Unported License.
Based on a work from this source