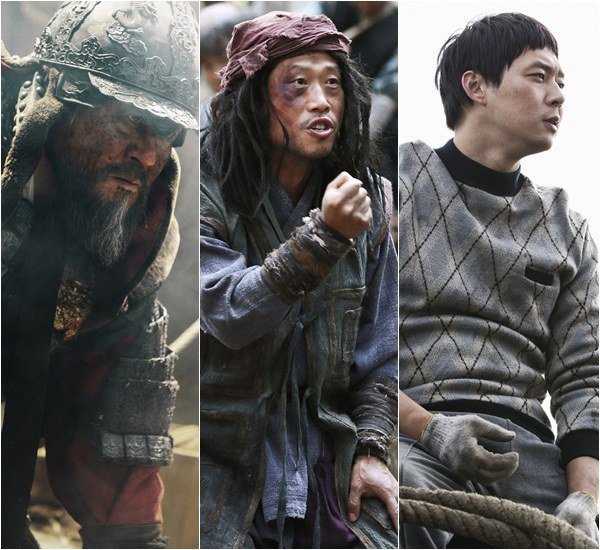 Chungmuro was a male party. From successful movies to rookies, the event focused on actors who contributed to the film industry throughout the year. The best movies were awarded and rookies were introduced. It was disappointing that actresses didn't have much space to stand in.

It's not an overstatement to say that it was Choi Min-sik's year with his greatest hit being "The Admiral: Roaring Currents". He took on the role of Admiral Yi Sun-shin and 17.6 million people have watched it. The movie re-wrote Korean movie history. This syndrome brought about historical movies once more and there was even debate about the social role of these kinds of generation movies. Choi Min-sik has a record breaking movie on his hands.

Yoo Hae-jin played a big role in the 4th record breaking movie of the year; "Pirates". His reputation from "Tazza: The Hidden Card" didn't disappoint the audience. He did his best in playing the key role and showed everyone what he's worth. 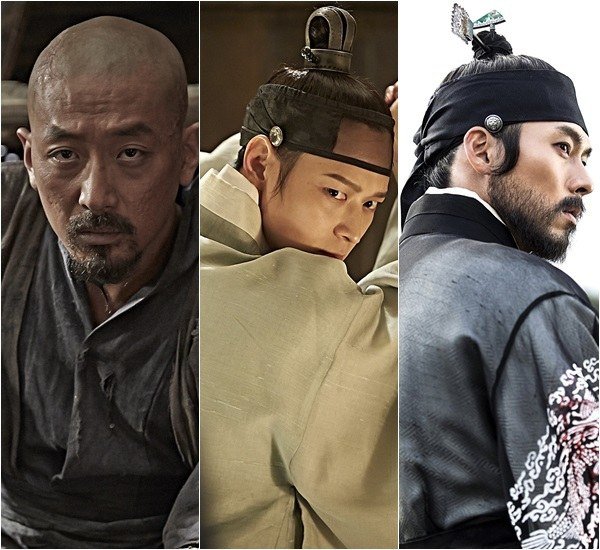 # The base of Chungmuro: Ha Jung-woo, Gang Dong-won, Hyun Bin

"KUNDO : Age of the Rampant" didn't reach expectations but Ha Jung-woo and Gang Dong-won proved their reputation in Chungmuro. Gang Dong-won filmed this movie for the first time since he was discharged from the military and Hyun Bin also made a successful comeback with "The Fatal Encounter".

There were many actors turned singers this year. Park Yoo-chun from "Haemoo" took home the 34th Yeongpyeong Award, the 51st Daejong Rookie Award and more. Im Si-wan left a deep impression with the movie "The Attorney" which was released in December last year. Choi Seung-hyun continuously starred in movies "71-Into the Fire", "Commitment" and "Tazza: The Hidden Card". 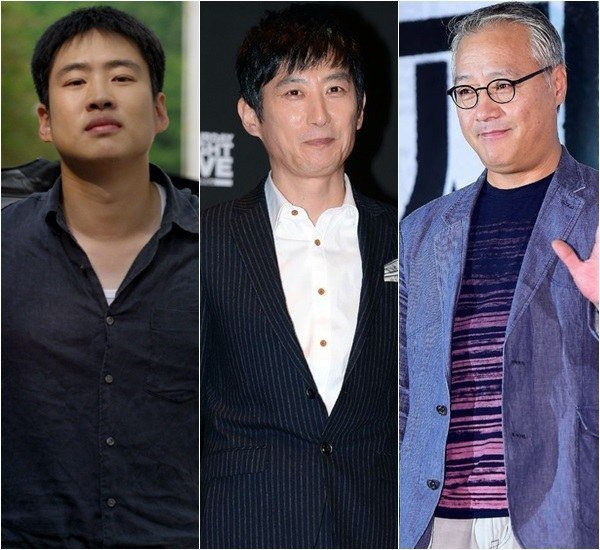 Other actors have been spotted in the meanwhile. Ahn Jae-hong who took home the 51st Daejong rookie actor award, aroused the public with independent movies and Kim Won-hae stimulated curiosity when he starred in the movie "Tazza: The Hidden Card". He was also on the MBC TV show "Radio Star". Lee Kyung-young starred in various movies like "The Attorney", "KUNDO : Age of the Rampant", "Pirates", "Tazza: The Hidden Card" and more.

This year, there weren't many movie starring leading actresses. Still, Son Ye-jin stood out in "Pirates" and took home the Daejong Best Actress and Shim Eun-kyung from "Miss Granny" made everyone proud. Chun Woo-hee from "Princess Han" also placed herself as an actress by successfully gaining the attention of the public.

"Choi Min-sik, Yoo Hae-jin, Park Yoo-chun in Chungmuro"
by HanCinema is licensed under a Creative Commons Attribution-Share Alike 3.0 Unported License.
Based on a work from this source